Greenville City Council has appointed seven members to its newly established Citizens Advisory Panel on Public Safety. A resolution to create the panel passed unanimously during the June 22 formal council meeting, the slate of nominees was approved by council vote on July 13. Mayor Knox White and the six members of council each selected a nominee.

The Mayor’s appointee Reverend Stacey Mills will serve as Chairman of the panel. Public Safety Citizen Review Board Chair Charles Hinton and Vice Chair Delores Durham will serve as liaisons.

The purpose of the Citizens Advisory Panel on Public Safety is to improve communication flow between the Greenville Police Department (GPD) and the community, identify and collaborate on public safety issues, develop a dialogue about Greenville, specifically around policing, and recognize the evolving relationship between law enforcement and the community. City Council has tasked the advisory panel with the following:

The goal is for the advisory panel to complete its work within 60 days of its first meeting and to present recommendations to City Council. All meetings will comply with the South Carolina Freedom of Information Act, including open meeting requirements. 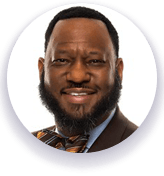 Stacey D. Mills, Panel Chair
Stacey Mills is assistant vice chancellor and executive director of the Greenville campus for the University of South Carolina Upstate. He has also served as senior pastor at Mountain View Baptist Church in downtown Greenville for the past 20 years.

Mills’ community roles include the GVL2040 Steering Committee, Boy Scouts of America Blue Ridge Council Board of Directors and Kappa Alpha Psi Fraternity, Inc. He currently serves as the chairman of the Urban League of the Upstate Board of Directors and the Southern Region Trustee for the National Board of Trustees for the Urban League. He is also Vice Chairman of the Greenville Health Authority Board of Trustees and a member of the Piedmont Health Foundation Board of Directors. Mills is an alumnus of Leadership Greenville Class 40, the Riley Institute’s Diversity Leaders Initiative and Leadership Spartanburg.

A 1997 USC Upstate graduate, Mills served as president of the Student Government Association and was a member of the internationally renowned gospel choir. He and his wife, Jacqueline, have three children. 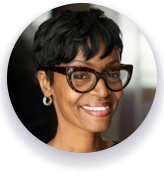 After receiving a juris doctorate from the University of California at Berkeley School of Law, Baynes-Dunning practiced antitrust litigation for the law firm Alston & Bird. She then became the first executive director of the Court Appointed Special Advocates (CASA) Program and director of program development and management for the Fulton County Juvenile Court in Atlanta, Georgia. She was appointed to the juvenile court bench in Fulton County in 1998 and served until 2002. 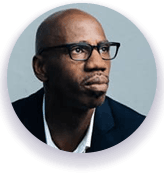 Jerry Blassingame
Jerry Blassingame is the founder and CEO of Soteria Community Development Corporation, which advocates for economic and social justice for individuals and families impacted by the criminal justice system and works to create opportunities for previously incarcerated men to reenter society through transitional housing, life skills, and job training. His passion is assisting individuals who have been incarcerated and helping them to become productive citizens.

Blassingame is a certified reentry specialist through the Institute of Prison Ministry at Wheaton College. He is also a Social Entrepreneur who believes in social enterprise for the non-profit sector. One of his greatest accomplishments was to help pass an expungement bill, H3209 in South Carolina in 2018.

Blassingame serves as President of Correctional Ministries and Chaplain Association International at Wheaton College.  He is currently the chair of the Greenville Reentry Coalition and a 2019 fellow in the Aspen Institute’s Healthy Communities Initiative. He is also fellow of JustLeadershipUSA and received the Buck Mikel award for community development from the Greenville Chamber in 2019. 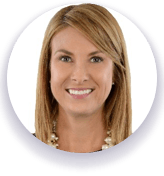 Cindy Crick
Cindy Crick has prosecuted a wide range of criminal cases from domestic violence to capital murder; she has worked with almost every level and agency of state and federal government and she has worked with schools, universities and companies to investigate potential wrongdoing and identify compliance issues.

After earning a bachelor’s degree from Hollins University in Roanoke, Virginia and a law degree from the University of South Carolina School of Law, Crick took a job with the Seventh Circuit Solicitor’s Office in Spartanburg, where she spearheaded the Violence Against Women Unit. For eight years, she prosecuted domestic violence cases, sexual assaults, homicides and co-prosecuted a death penalty case.

In 2010, Crick became Chief of Staff for Representative Trey Gowdy, managing offices in Greenville, Spartanburg and Washington, D.C., and acting as a liaison between constituents and various federal agencies and Congressional committees. In 2020, Cindy started her own firm with a focus on Title IX/student conduct issues, investigations and criminal law.

Crick is a graduate and volunteer with Leadership Greenville and serves on the boards of the Greenville Humane Society and Roper Mountain Science Center Association. She also represents clients pro-bono in the Spartanburg City Homeless Court. 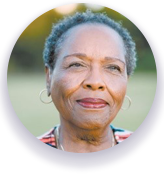 Mary Duckett
In addition to her 22 years of service with the South Carolina Department of Corrections, Mary Duckett has spent decades in service to her community. As the longtime president of Southemside Neighborhoods in Action, she has worked tirelessly to protect and enhance her neighborhood and encourage residents to become more actively involved in making their community the best it can be. The Greenville Drive recognized Duckett’s leadership and community advocacy by naming her the 2019 honoree for the annual Green Day event.

Duckett has two sons and is a member of Victory Temple Missionary Baptist Church, where she serves in a variety of capacities. 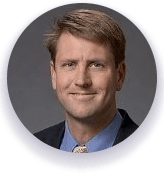 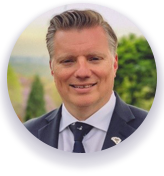 Stacey Owens
Stacey Owens brings 27 years of law enforcement experience, including the last 22 with the Greenville Police Department (GPD). Owens retired in January 2020 as a Captain. In that role, and at every rank, Owens led the Detective Division and the Professional Standards (Internal Affairs) Division.

During his last 19 years, Owens gained experience implementing and updating GPD policies and procedures related to Use of Force, Investigations, Internal Affairs and Crisis Intervention. Beginning in 2008, he investigated all in-custody deaths and all officer-involved shootings that resulted in injuries and/or death.

In 2010, Owens became the first Crisis Intervention Training (CIT) Coordinator and implemented GPD’s CIT program. Since then, he has presented at several CIT International conferences, as well as national, regional and local National Alliance on Mental Illness (NAMI) conferences, given numerous presentations and participated in panel discussions regarding best practices for law enforcement protocols, standards and procedures.

Owens holds a master’s degree in criminal justice from Anderson University, is Executive Board President for NAMI-Greenville and serves on the national board for NAMI in Washington, D.C.